In the middle of December 2009 danish cable TV providor Stofa made most of the channels in its DVB-C network available unencoded. This prompted me to replace my analogue Hauppauge WinTV-PVR-500 TV tuner card (yes the links goes to my old PVR-150 page) with something that could record the digital signal from DVB-C. I looked for a card that had the following characteristic:

I spend a lot of time looking for information on different sites like LinuxTV wiki (direct link to TerraTec Cinergy C DVB-C) and MythTV wiki, and ended up with the TerraTec card.

On the physical installation I don’t have any interesting to say, it fits into the PCI slot on the motherboard without covering/blocking anything.

The “mantis” driver that the card uses is currently not in the mainline kernel, but it will be of version 2.6.33 (I’m currently on 2.6.32). So you have to download the source and build the driver yourself.

I found the “ArchVDR” project quite useful, I just followed the instructions in their wiki on how to build the s2-liplianin-hg package (scroll down to the section about s2-liplianin-hg). After building (it takes a while as there are a lot of drives in the s2-liplianin mercurial repository). When the build is complete and the package is installed, you only have to run “modprobe mantis” as root.

You can check if the driver loaded correctly by looking at the output of “dmesg”, I get the following:

Adding the card to MythTV

I started by scanning for channels using the “scan” tool from the linuxtv-dvb-apps package in ArchLinux. None of the provided data files (in “/usr/share/dvb/dvb-c/”) contained the correct information, so I created one using information about frequency and other bits provided by Stofa:

From which I created a file called “stofa”:

Note: Later I have learned that importing a channels file into MythTV does not provide MythTV with enough information to get EIT (TV guide) working, but more on that later. Running the “scan” tool showed that the driver/card could find the DVB stream.

I started by shutting down the mythbackend, and starting “mythtv-setup”. I deleted all references to my old analogue TV card, and proceeded to setup the new Terratec Cinergy C PCI HD card. Note: I only mention the settings that I changed, the rest are left on their default setting. 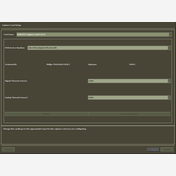 In “Recording options” I entered:

When I pressed finish, the card is listed on the capture cards page. 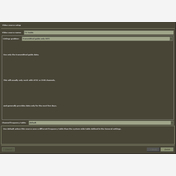 Press finish and the source should be listed on the sources page.

In mythtv-setup enter “Input connections” and select the one that matches the DVB device number you got from capture cards. 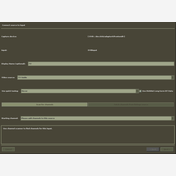 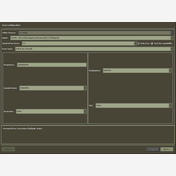 When you press next MythTV should start scanning: 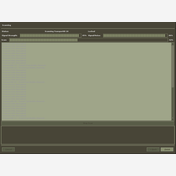 This takes a while, and then you should get: 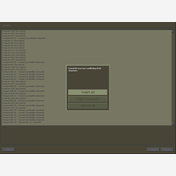 Select “Insert all” which brings you back to the input connection screen.

Here you can see all the found channels and change their names, channel number, and so on. I did not change anything using the channel editor, but went to phpMyAdmin and changed settings like “Use on air guide” in one SQL.

This should be it, you should be able to record now :)

MythTV should be able to get the data for the TV guide from the DVB-C stream, but I can’t get it working. When googling the problem I learned that importing the channels.conf generated by the “scan” tool does not provide enough data for MythTV to pickup the EIT data from the stream.

To further debug the problem I set mythbackend to log messages about EIT, in ArchLinux you can edit “/etc/conf.d/mythbackend” and change LOG_OPTS to:

So I shut the myhtbackend down, went to phpMyAdmin and truncated all tables related to channels/capture card and started over, and then let MythTV do the scan.

But I still get messages like this in “/var/log/mythbackend.log”:

So for the time being I have given up, but luckily I found another way to get data from the stream.

tv_grab_dvb_plus is a small tool that produces a xmltv file that can be imported into MythTV, just download and compile it. It worked the first time I tried it, although there are two minor issues:

The first issue I fixed with a small PHP script:

Remember to replace “YOUR DB USER” and “YOUR DB PASSWORD” with real values.

This script uses the serviceid from the channel table to set the xmltvid to the correct value.

The encoding issue was fixed by editing the source of tv_grab_dvb_plus. In the file “src/dvb_text.cpp” on line 133, I changed the encoding to “ISO-8859-1”:

And now it works.

All that is left is to import the produced xml file into MythTV with this command: “mythfilldatabase –file 1 dvbplus.xml” (or whatever you called the file).

So far I’m pleased with the combination of the TerraTec Cinergy C DVB-C card and MythTV, although it’s not super stable, and sometimes MythTV fails to record a program, and the following messages appear in dmesg:

I hope this problem is fixed when the 2.6.33 Linux kernel hits my machine.

To view the recorded shows I strongly recommend a Nvidia graphics card that support VDPAU.